So my fandom participation has apparently dwindled to simply pony-fying everything.

Have another. This was for the always rad 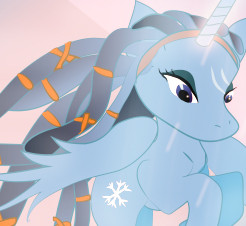 Write at least ten new original pieces, eight of which must be poems.
Halfway: May 31
Deadline: July 31
Progress:10+/10 ACCOMPLISHED

Write prompts from the GAWD IT'S BEEN FOUR MONTHS meme: http://muggy-mountain.livejournal.com/86661.html.
Halfway: None
Deadline: None
Progress: 4/8

Sooo it turns out being broke really, really makes me want to draw.

Fandoms: FFX-2, My Little Pony: Friendship is Magic
Medium: Digital painting
Characters: Yuna, Rikku, Paine, CAAAAT
Rating: Sickeningly G
Notes: If anybody wants to do improve upon this idea with nice smooth vector lines, you are totes more than welcome. As usual, go see my DA if you want the full resolution. 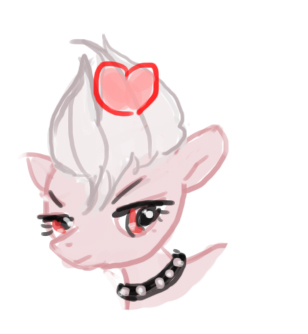 Another drawwwwring. This is what I did at work today. Yay escapism. :D

Title: On The Cusp
Medium: Digital painting
Fandom: Final Fantasy X
Characters: Poor Jecht. D: Also Sin.
Rating: G
Notes: Moments before Jecht gets sucked into Spira. Yu Yevon symbol from the Spiran font pack over here. Also, for some reason this isn't showing at full-size here. Take a gander at my DA if you'd like to see it in proper resolution.

As usual, any and all feedback welcome! 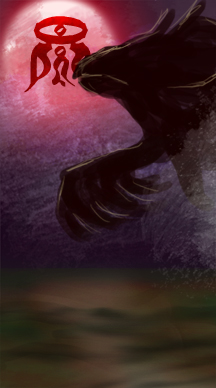 I made some more arts. I was giving my tablet one more run as I was considering selling it off. Erm. Apparently I'll be keeping it. Dedicated to 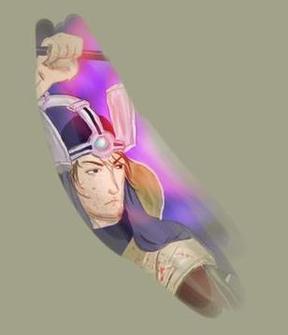 I've been doing some drunken and/or stir crazy, stuck-at-meetings crappy fanart lately. As you may deduce from my laborious efforts, I am an amazing artist with the precision of a laser beam.

Here are some of them. Sorry for the crap image quality -- scanners are too mainstream.

Also I got some new art supplies this weekend and sort of went nutso. This was one of the results. As usual, I am not really a proper artist. I can sometimes *see* what's wrong but not know how to fix it. All the same, criticism is still welcome.

Fandom: Final Fantasy X
Title: All That Mattered
Characters: Auron, Lulu
Ratings: PG-13
Notes: This is the first story I've posted since ff_press has gone on hiatus, and I find myself a little choked up over its absense. I hope somebody reads this. This one is for

trekqueen for the Aulu glory days, even if this isn't really an Aulu. Many thanks to

owlmoose for her drive-by betaing!

Lulu’s fingers seized and twitched as she gathered energy. For a moment, the perpetual storm of the Thunder Plains paused — the breaking roar of thunder silenced. The sky stilled and was black. She would protect Yuna, even when she was unsure that she could. She would stand between Yuna and the plummeting sky, snarling and fighting with whatever she had. And that is precisely what she meant to do as she stood alone on the darkened field. Moon-white neck long and lifted, she was a lightning rod: high and strong and pulling power from a crackling atmosphere.

The hum of electricity coiled around each breath. This was a dangerous place -- the air was heady with unchanneled strength, the landscape barren and exposed but for the occasional jutting boulder and the Al Bhed towers standing like old sentinels.

When the storms resumed, Lulu scanned the horizon.

Etched for a moment in brilliant white, there he stood.

Another flash of thunder, and another, and another.  Scarcely fifty paces away, arms crossed over a broad chest.  He was very still. She could not tell if he was breathing. Strange — all this time, and it had never occurred to her to simply watch him breathe.

She suspected he did not.

He was a legendary hero, Yuna had argued. Lulu knew better. Legendary heroes do not vanish for a decade, only to return under dubious circumstances.

“Lulu.” His voice was low, punctuated by a trembling groan of storm.

She clutched her poppet to her chest. She’d stitched it herself as a child, whispering the secret curses of the sky as she tied off the thread. Ratty as it was, the little thunder moomba had grown with her, their souls cleaved together by enchantment.

Back straight, she strode toward him. Her fingertips numbed and sizzled with the drawing of the spell. The magic ached to strike, to bring down its target in a violent strobing blaze.

She stood before him. Her heart was wild. She pulled herself up, finding solid ground under her boots.  He was not so tall like this — shoulders slumped, face buried in his high cowl. Swordless.

In the afterglow flickering of a nearby thunder tower, she saw  the glittering of Auron’s good eye, the furrowing of his brow, the high and craggy planes of his frown. “And you are perceptive.”

Lulu felt the cold flush of rage course through her veins. The poppet dropped from her grip, the plush hitting the ground stiffly, standing at attention as it awaited orders. A plum-colored nail skimmed the vulnerable angle where his neck and jaw
met, surprised to feel a pulsing warmth there. “I know what you are, Unsent.”

The sky shrieked with the sound of a thousand breaking bottles.

“And you’d have attacked me if I’d come here armed.”

“Pray tell, what makes you think I will not, Sir Auron?” Lulu spat the honorific as though it was a foul thing.

She pressed her index finger deeper into his throat, through a twitching bundle of sinewy muscle into the unyielding cartilage.  It was there that she discharged a small shock. Auron flinched, sucking a sharp hiss of breath. The rushing pulse in his neck quickened.

When he spoke, his voice was hoarse.  “My goal is the same as yours. To protect the summoner. I would lay down my life.”

Lulu scoffed. “What life do you have to give, Unsent?”

He swallowed, the ridge of his Adam’s apple bobbing under her nail. “Mine.”

Lulu twisted her nail, slightly. Something gave, and the liquid heat of blood oozed from his neck. She withdrew her hand, surprised at the rim of deep red on her nail.

“The same that I would entrust you to take.” A silent round of lightening bathed the landscape in a lingering glow. Auron pulled himself from his cowl, his good eye intense.

Lulu rolled the warm droplet of blood between her fingertips.

“I expect you have the strength to kill me, Lady Lulu. And as a guardian, it should be your duty, should it become necessary.”

“I promise you I shall do nothing else, Sir Auron.”

And with that, she cupped his elbow in her hand and led him back toward the travel agency. He issued no protest, and as they walked together, a new squall broke in the infinite cycle of storms.

So apparently Square is remaking FFX. Thanks to

owlmoose for the heads up. At first I was suspicious, but enough news outlets have picked up the story that I'm inclined to believe it.

Sure, the decision is utterly baffling considering how many people are begging them to revisit FFVII, but AAAAH IT WOULD BE THE BIGGEST LIE EVER IF I SAID I WASN'T TOTALLY, AMAZINGLY SQUEEING OVER THE NEWS. OMG please let this get a global release with the voice actors we know and love (or hate, but whatever, we're used to them). I am never going to be able to leave this fandom, am I?

I'll probably get like 0-1 answers to this meme, but I did play on

owlmoose's instance of this, so fair's fair.

Name two (or more) characters from any of my fandoms* and I'll tell you:

1. What they most commonly do during sex (if they are the sexing type)
2. Who has prettier (or just more attractive) hair
3. What they argue about most often
4. Who'd cope best if the other one died
5. The happiest plausible happily-ever-after I can think of for them
6. The most tragic possible ending for them
7. What I enjoy most about their dynamic
8. What I find difficult to write about them

FFX
Sherlock Holmes
Star Trek: TNG
My Little Pony: Friendship is Magic (yes, really...P<3NIES)
The Office
30 Rock
and any other thing you know me to be a fan of that I haven't mentioned here.
Collapse